Nicole & I met in Journalism my sophomore year of high school.  I entered the class with a few close friends but little did I know I was going to also make 3 more best friends that would remain with me forever.  Marissa Lohm, Alicia Morris & Nicole Chauvet would become 3 of my best friends.  The first few weeks of journalism everyone already had their own groups of close friends in the class.  Nicole, Alicia & Marissa always seemed like they had something to smile or laugh about.  One day I decided I was going to join in on the fun.  Nicole was studying for Mr. O’s infamous “countries & capitals of the world” test. I asked if she needed me to quiz her & she gladly accepted my offer.  We really didn’t get much done.  We were too busy talking about our love for the Pittsburgh Penguins, friday night football and her love for Penn State.  As the days went on I started to bond with Alicia & Marissa as well.  We all became close through interests & many inside jokes.  Nicole & Marissa would jam to my ipod so much that I always made them their own playlist!  While Nicole was cheering on the big macs, Marissa & Alicia drove me to a big macs game @ baldwin.  It was one of the best road trips of my life!  Jamming out to “Girlfriend” by Avril!  Spring time soon rolled around & my girls were about to schedule classes for their senior year.  They had all planned to take Journalism 3.  The 3 wanted me to also take Journalism again even though I wasn’t a huge fan of the work required for the class.  But something in me forced me to take the class again just to make more memories with these 3.  Their senior year was filled with lotsa excitement!  Tailgating & cheering @ fball games together.  I remember when Nicole called me out during the “HEY DANA HOW DO YOU FEEL?” cheer. I loved it!  They made me feel like I was part of the group.  I had a strong, beautiful relationship with all 3 of the girls.  They applied & got accepted to college & I was there with Marissa when she got her acceptance letter to WVU.  I screamed for Nicole when finding out she was attending PSU Toona.  So happy for all of them.  But then it sunk in.  I would soon be saying goodbye to my 3 favorite seniors.  Perhaps 3 of my favorite people I had spent time with in high school.  When the end of the year came, I was sad.  We had an incredible bond but I wasn’t sure if they would remember me after saying by to CMHS.  I made each of them a CD of songs that reminded me of all of them.  The last day for seniors they each walked in jclass & just looked at me.  At the end of class I had handed them each a CD with a personalized letter saying how much they each meant to me.  After reading the letters & songs on the cds, they had all began to cry.  I was now realizing I was saying goodbye to three of my best friends.  My seniors were leaving me.  Summer came & went and I was about to embark on my senior year.  My senior year I had decided not to take journalism 3 because I just thought it wouldn’t be the same without my favs.  Then after a few days, I decided to join the class again.  I had taken over Senior Profiles & Horoscopes, which used to be taken care of by Nicole & Marissa.  If that wasn’t fate I don’t know what is.  Weeks went by & it was already homecoming time @ CM.  I had been nominated on Homecoming court.  Many of our hc court had also been friends with my 3 favs.  Nicole, Alicia & Marissa promised me they would be back to visit me on homecoming.  The day I was nominated I had received a text from Nicole saying Congrats!  Word had traveled so fast!  Nicole didn’t even go to CMHS anymore and she already knew and congratulated me! Marissa had called me that night saying congrats and asking if she could do my make up for the dance.  Of course I said yes!  October 10, 2008 came quickly.  I had arrived to the parade & got ready. The first 3 familiar faces I see are my girls…Marissa, Nicole & Alicia.  They stayed with me and talked to me after the parade and took many many pictures with me.  After the announcement of king & queen they had all congratulated me with tears of happiness & said goodbye.  With the exception of Marissa, that was the last time I had seen Nicole or Alicia.  Little did I know Nicole & I had spent our last memory together that night.  When I heard the terrible news about Nicole, my heart had dropped.  I called my best friend Ally in tears.  I had never lost a friend before.  I had no words to explain how I was feeling.  Though I wasn’t with Nicole at every party, every birthday or every big mac football game, she was still one of my best friends.  I didn’t talk to people for days I just didn’t know what to say.  Nicole’s life was taken before it really even got a chance to start.  I was not able to attend her funeral services or burial but I’m not so sure I could even handle it.  Nicole, you know I am always with you.  And I know you are always with me.  Not a day goes by that I don’t think about you.  I only knew you for 2 years but you girls gave me many many memorable memories that will remain in my heart forever.  Every time I think of high school, you are always the first thing to cross my mind.  Nicole, know that I am always with you.  You have touched so many peoples lives.  Don’t stop shining & looking over myself, your beautiful family & friends.  I will never forget you.  The Jcrew will live on forever.  Rest in Peace beautiful angel. 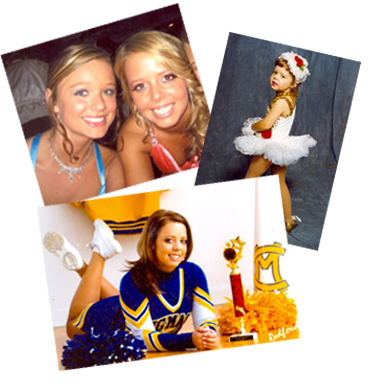